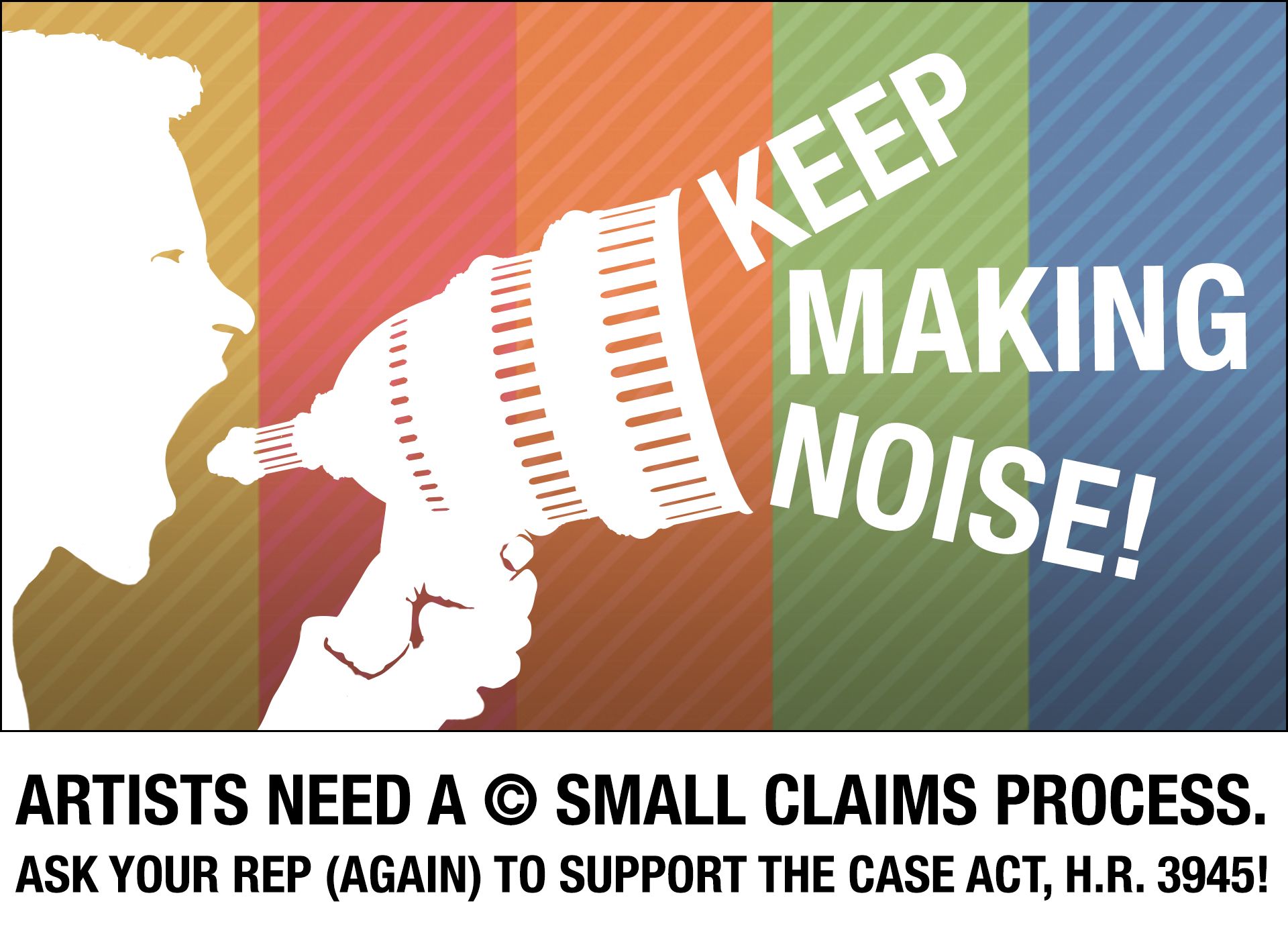 As a professional photographer, my workload is endless. There are many considerations to make throughout the day that affect the future of my business. For example, on days where I shoot photographs, I take every detail into account. It’s how I keep my clients satisfied, gain additional work, and tap into my well of creativity. At the end of the day, the last thing any creative working in the photography or film industry wants to concern themselves with is bookkeeping, marketing or reasoning with parties who want to rip us off.

The sad reality is that these are all things that are of concern to photographers and filmmakers because they affect our bottom line, determine the success of our businesses, and keep the wolves away from our doorsteps. Making a living off the work we do requires protection to keep others from stealing our intellectual property and also from the IRS who may threaten to seize our businesses. That’s where the Case Act or H.R. 3945 comes into play. The all-important bill will be marked up and voted on in the House if not derailed in upcoming weeks. To say that it is all-too-important for visual artists and the public to learn about is an understatement.

What makes the bill important is that it provides creatives with a tool that helps fight infringements with a lesser value (under 15k) that don’t require extensive discovery. Avoiding costly federal proceedings are key as not all visual artists have the money it takes to fight infringement in federal courts. The streamlined process is better for them overall because it gives them a Small Claims Tribunal option. To be successful in enforcing The Case Act, you should register all of your images. If you haven’t, however, and don’t want to play the role of a victim, you can enlist the assistance of a Federal Small Claims Tribunal to hear your case with or without the guidance of an attorney.

You do things this way to avoid paying costly fees to be heard in a Federal Court. Oftentimes, making a Federal Case out of infringement issues works against you. The Case Act gives you additional options if you wish to pursue them. The idea originated in 2011 by the Copyright Office of several trade organizations. They wanted to successfully discourage Internet theft of visual imagery from occurring.

The amount of infringement that takes place in the Digital Age is astounding. Rather than pay a licensing fee to visual artists, many third parties opt to steal images with no remorse. They know that few creatives will pursue legal actions against them, so they continue to present the work as their own. The Case Act provides justice at an affordable price for visual artists and fills a void where the legal system is concerned. A hot topic for roundtable discussion since 2013, Copyright Small Claims exposed problems with the current legislation.

According to the U.S. Constitution, everyone is entitled to a jury trial. Getting a potential infringer to waive the right to a jury trial takes incentives and lots of them. That’s what got the ball rolling in creating a bill that works well for everyone involved including visual artists and third parties accused of infringing on copyrighted work. If a case was not to go a creative’s way, however, there would be fewer monetary penalties involved thanks to The Case Act.

Thanks to years of perfecting the bill, participation by APA, the amazing assistance of General Counsel Jamie Silverberg and other organizations with input to add, we’re hoping that everything works in our favor. The Case Act is to be used as a tool to defend visual artists’ creative work. As written, the bill isn’t a detriment to creatives who want to register their works and make Federal Cases of any infringements that have occurred.

One of the benefits of the bill to date is that artists are able to afford to reclaim lost income due to the syndication and stock sales of the infringement. Deferring infringement is the ultimate goal as it steals money out of the pockets of hardworking artists who live off the income they make from the sale of their photographs and films. Sending a message that is loud and clear to infringers is the idea behind the bill. If fewer thefts of intellectual property occur, the need for Federal Cases lessens. Having a bill in place that adds an additional layer of safety to protected and unprotected works of art under $15,000 in value is key because it makes third parties think twice about presenting work that isn’t theirs as their own.

The APA, as an organization, thanks you for reading this and extending your support to this important piece of legislature. We’ve put long hours into The Case Act and hope that you know what a relief it is to be able to protect our intellectual property and livelihood. Together, we can fight infringement by giving infringers an incentive to stop using our work and presenting it as their own.