Celebrity Photography. Where Image Really is Everything. 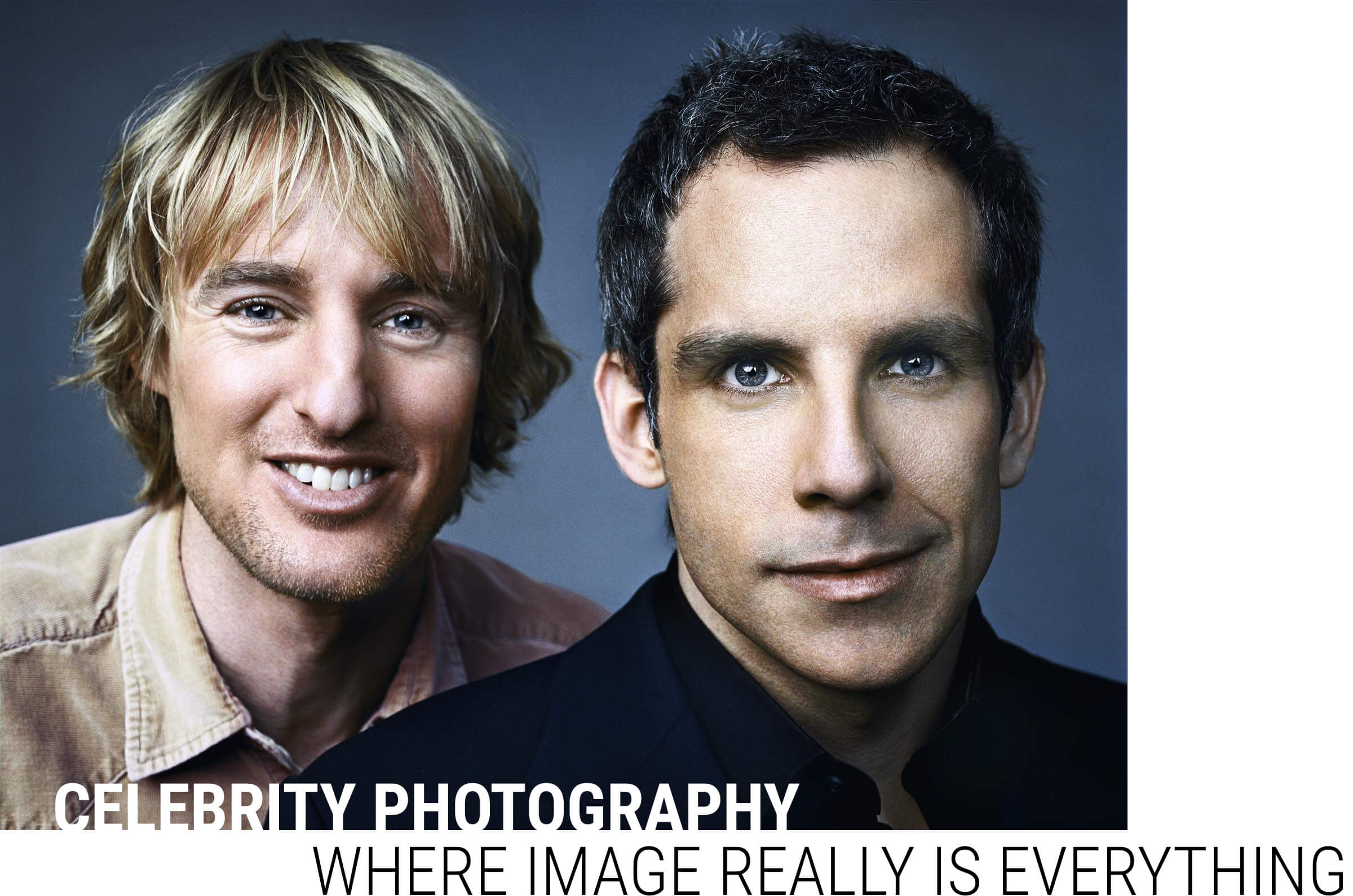 Celebrity Photography. Where Image Really is Everything.

For celebrities, brand and image are their most prized assets. As a celebrity portraiture photographer, I never forget that responsibility. They’re trusting me to be the caretaker of that image. And in return, I’ve had the pleasure of working with iconic figures like Johnny Depp, Robert Duvall, Martin Scorsese, Janet Jackson, Mel Brooks, Lucy Liu, Ben Stiller, Kathy Ireland, Penelope Cruz, Morgan Freeman, Will Ferrell, Joaquin Phoenix, Hugh Hefner, Owen Wilson, Steven Spielberg, Bill Murray and Evan Spiegel. And they often end up on covers like Time, Fortune, People, Entertainment Weekly, Forbes, and ESPN.

I love working with superstar clients because I get to experiment with media-driven narrations. Celebrities also enjoy the opportunity to be a part of an artistic movement through commercially-ambitious content creation, which is the kind of celebrity portraiture photography that endorses a brand or industry identity.

Celebrities are also lucrative influencers. I’ve enjoyed working the last 25 years of my career as a celebrity portraiture photographer with companies who want to leverage their products by using a star’s marketing power. It’s what I based my seminars on at Santa Fe and the Photo Plus Expo in NYC, which resulted in my first best-seller, The Art of Portrait Photography.

My first real success in this part of the photography industry came in 1993 when Business Week hired me to shoot ten sequence pictures around the world. I had already established the Michael Grecco black-and-white celebrity portraiture style that I’ve become known for. So, it was all about determining how much mood, personality, dramatic flair, and subtle lighting I needed. Today, it’s instinctive to walk on a set and just know.

Celebrity photography is a consumer-driven industry. So, it’s in high demand. But there’s a significant difference between photographer practitioners. Celebs have very limited schedules. And not everyone can stand across from the coolest dude on the planet – Will Smith – and remain cool themselves. Maintaining control of those variables is everything. And reputations spread fast. Which is why, as much as I pride myself on lighting, style, composition and all that good stuff, perhaps my biggest strength is simply how I interact with my subjects. All the technique in the world can’t make up for an uncomfortable subject.