JIM MARSHALL, THE MAN, IN MEMORIAM 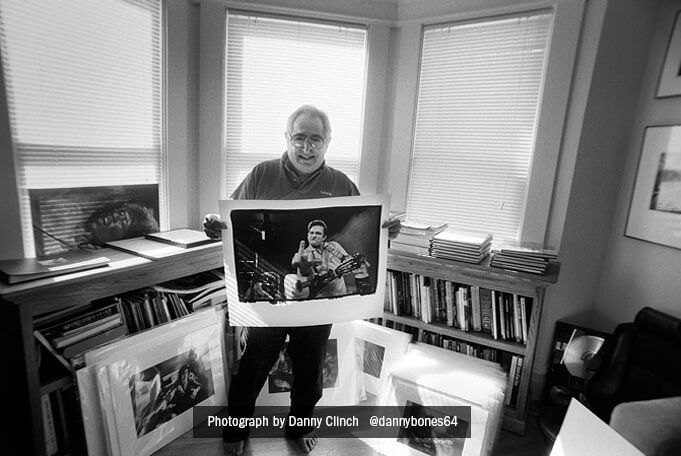 I met Jim in the early 90s at Julies Supperclub, a local bar that the San Francisco photo community met at ever Friday night. I was there for a week long magazine assignment. At the time, I was a regular contributor to People Magazine. One of the local photo retailers walked up to me and said, Jim Marshal would like to meet you.  I paused for a minute, and then his images clicked in my brain. Jim was not famous at the time, he had not published his first book, but I already knew the images.

I turned to my friend Berndt and said, So where is he?  He said, Over there.  I said, theres no one there but a smallish man in the corner, alone, with a scotch in his hand.  His reply, Thats Jim Marshall.  That night began an almost 20 year friendship. Late that night, I proceeded to his house in the Castro off Market. We looked at his images, mated and in plastic bags, while he poured scotch all night. I dont drink scotch, so I kept sneaking it into the sink (I never told him that, he would have killed me), but he kept pouring. The images I saw summed up much of his life. Jim had chronicled the early years of American Rock Ëœn Roll and the British Invasion as it hit the shores of the US and he also lived the life. I saw a history I had only listened to as a young kid, from someone who was backstage. He was granted access that was unprecedented, and he had an art for both capturing an un-posed scene and also suggesting  images (the posing of Grace Slick with Janis Joplin), giving them a journalistic pathos that was deep.

Early in his career Jim worked for The Saturday Evening Post covering poverty in America. Those images were part of the first show I saw of his in a little frame shop in Santa Monica’s Bergamot Station. He was very proud of those images because of the importance of the content. The significance of those early journalistic images established a perspective by which he chronicled musical history. That first night at Jims house, I got another glimpse of Jims other interests. He showed me the image of Janis Joplin and Grace Slick. The mat had a hole in it. He had explained that he had two Navy Seals over his house the night before and they shot a .22 caliber hole through the mat of the print. He felt it added a level of reality to the image. Oh, did I mention that Jim collected guns? From that night on, I would see Jim when he came to LA and when I was in San Francisco. He enjoyed good food, fine wine and his McCallan and every night was a party. Then sometime in the mid 90s, I was assigned to shoot Michael Douglas for Entertainment Weekly in his offices. As I entered the complex, I saw a wall of Jims images in the conference room. When I asked Michael if he knew Jim, he was very protective and skirted the question. I proceeded to tell him the story of how Jim and I met and then Michael Douglas one upped me. He told of a night after shooting the TV series in San Francisco called, The Streets of San Francisco.  He and Jim were partying at Jims place making a great deal of noise and there was a knock at the door. Jim told Michael he would handle it. He pulled out his gun and opened the door to two San Francisco police officers. Soon, Jim and the rooky officer were head to head with guns in each others temples. Michael described it as the longest three minutes of his life. Both he and the other officer were shouting, Jim, put the gun down, Jim, put the gun down.  Jim eventually did and lived on to touch many people lives, myself included, very deeply.

Jims rules were very simple. One night at his then girlfriends birthday party he explained them to me. He was dating a very beautiful Jazz singer named Miranda and we went to see her perform. For her present he had found a spectacular antique Miranda Camera. While she was performing, a friend of hers picked up his camera and he was pissed. He turned to me and said, I have three rules: never touch my girl, my gun and my camera. Not that I ever would. They were very clear boundaries, that if followed would reward an amazing friendship.

In 1997, Jims book Not Fade Away  came out and his life changed. The collectors increased, he had shows around the country, and his recognition grew. Jim was now always surrounded by the rich and famous that collected his art and loved his work. He never changed though, he was still as warm and down to earth as he had always been. Every year, I help organize a photographers dinner at the Photo Plus Expo. The past two years, during both dinners, Jim turned to me an said, Mikey (yes, he was the only one allowed), is that Joyce Tenneson, is that Barbara Bordnick.  Can you introduce me? I love their work, they are such great photographers. I want to meet them.  Last year, he stood up and made a speech about how he had one of Barbaras calendars and fell in love with her work years ago. I never saw Jim being competitive, only appreciative of others work and what they had accomplished.

Over the years, Jim even mellowed. He was openly vocal and proud that he had been drug free for the past two years. At 72, he could no longer embody all the aspects of the Rock Ëœn Roll lifestyle. His body could no longer support the drugs. Many people knew, or have heard of, Jims reputation as a guy to tell everyone to go F-off.  There is no denying that was definitely a part of Jim. He was quoted to say, If someone doesnt want me to shoot them, fine, fuck Ëœem. But if they do, there cant be any restrictions.  He regularly used the f-word in every second sentence.

But the other side of Jim was kindness, generosity and loyalty that was unsurpassed. He would literally give you the shirt off his back. He called Timothy White and me his brothers, and that is an honor I will carry forever. In the end it is who we touch and are touched by that matters and, not an award, not a magazine we worked for. Through all the tough exterior he had the power of heart. Thats what makes his images so touching, they are so human.

When Johnny Cash died, Jim was shooting in my studio. He called all the major magazines, trying to get a feature story going. It never happened. He was heart broken because his Cash images were some of his best work. He had shot Johnny Cash at different periods of his life, from rebellious drug induced monuments where Cash gave Jim the finger from stage, to intimate moments with is wife, June, at home. Now in his passing, I know many of the music and photography magazines will be running his images. I don’t think he would have ever imagined all the press at his passing. I hope he can see it from where he is.

Sunday night I got this deep, deep premonition that something was wrong. I called him on Monday and never heard back. He had been in New York for the release of his new book, Match Print. He never showed for a TV interview Wednesday morning and died in his sleep, of what we presume are natural causes, on Tuesday night. He had no family other than his friends, and his assistant, Amelia, who was his right hand and who he loved dearly. Those of us who knew him, and all of us who were touched by his images, will truly miss him. 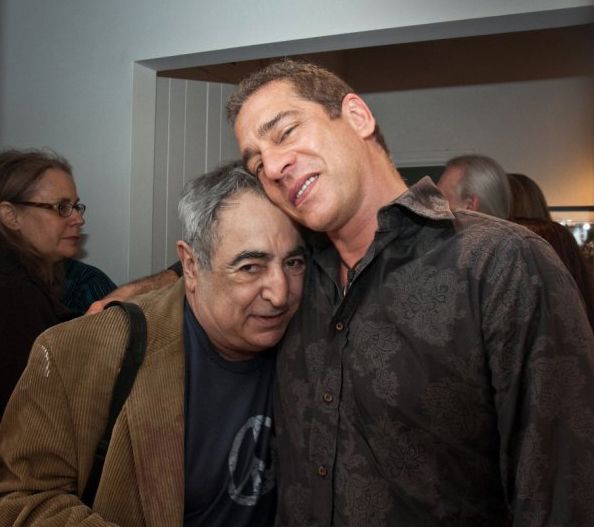