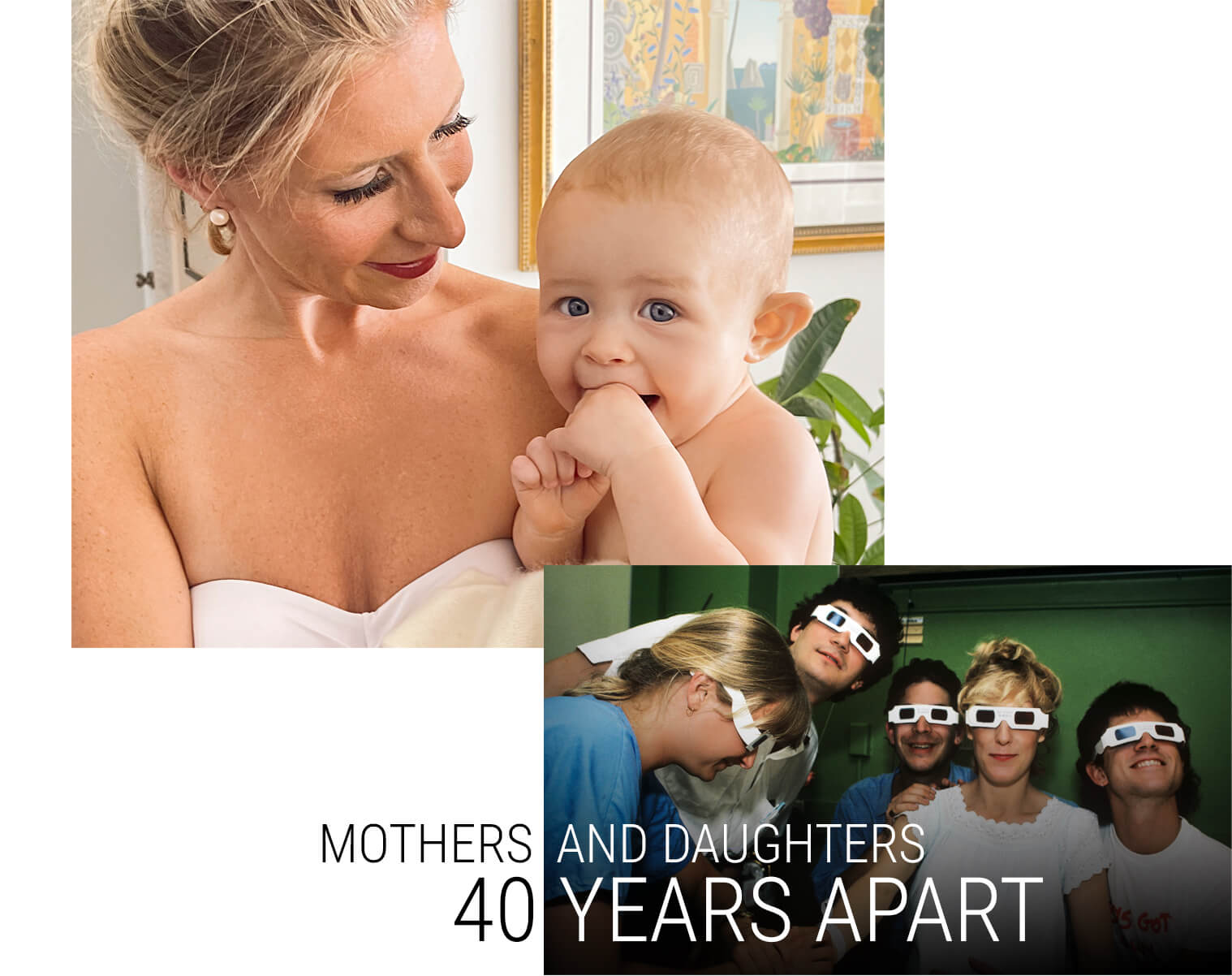 As an advertising photographer, I am often asked by friends and family to take their pictures. Many don’t realize that, for me at least, there is unusually high production value to my commercial photography, which is what people respond to. But, back in the early 1980s, I was a photojournalist. I was interested in lighting, but was focusing on news events by day, and documenting the underground Punk scenes in Boston and New York at night.

Photographing the Punk and New Wave scenes was not work for me, though — it was a passion. I loved the people, the culture, and the freedom the music brought with it. It was, to say the very least, unconventional. Being part of that scene brought me close to many of its central figures, including the couple Henry Santoro and Carla Nolin. At the time, every club goer in Boston knew Henry as their favorite bartender at the Lansdowne Street club, SPIT.

Carla Nolin was one of the world’s first Punk DJs, hosting a show at the M.I.T. college radio station WTBS. Back then, you got your music from the radio. But Punk was only part of the college radio scene; it was deemed unfit for “prime time” by commercial radio stations. Carla had a regular morning show called the “Late Risers’ Club,” co-hosted with DJ Albert O. They were really funny, and they always played cutting-edge music from the Punk, Post Punk, and New Wave genres. Carla and Henry were close, both before they started dating and got married, and after.

In 1981, Carla got pregnant with Alexandra (Lexi) Santoro. Her pregnancy had some complications, resulting in her having to spend the last few months of her term in the hospital. There was many a hospital visit (party) with all our radio DJ friends, no 3D movie required.

Carla and Henry broke up pretty soon after Lexi was born. When Lexi was six months old, I got one of those questions you get from a friend: “Grecco, will you take a picture of me and the baby?” She always called me “Grecco.” Carla and I adored each other, and I had no hesitation in doing this for someone I loved. I was shooting this as a photojournalist, not an advertising photographer – there were no assistants, only one Smith-Victor hot light and a 35 mm camera.  It was easy and fulfilling. 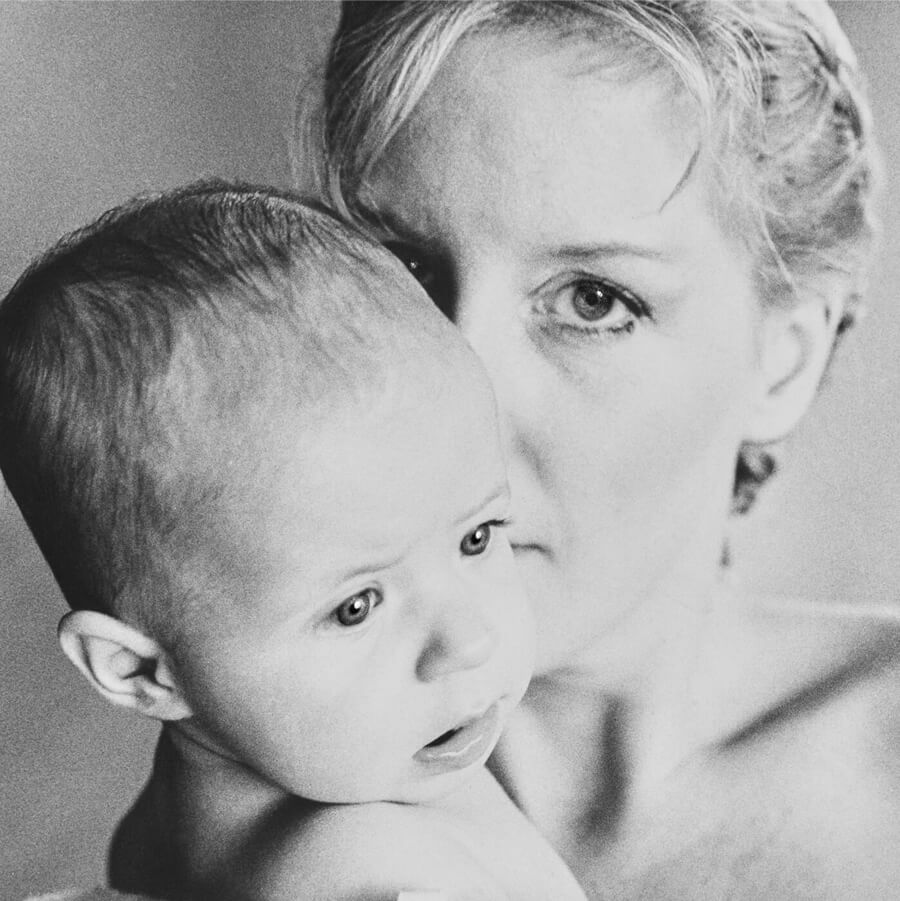 After teaching at Harvard for a little while, Carla moved to St. Louis, MO. I moved to Los Angeles to work for People Magazine. As life will have it, Carla and I had less contact. We would email each other occasionally to catch up, and she always sent me pictures of Lexi. Painfully, life is very often too short, and Carla died a few years ago of a rare cancer. For me, the silver lining was that Lexi and I met and became closer. It’s an odd thing to feel so bonded to someone you never spent a lot of time with previously, but I love Lexi as a daughter, because of my friendship with her mom. 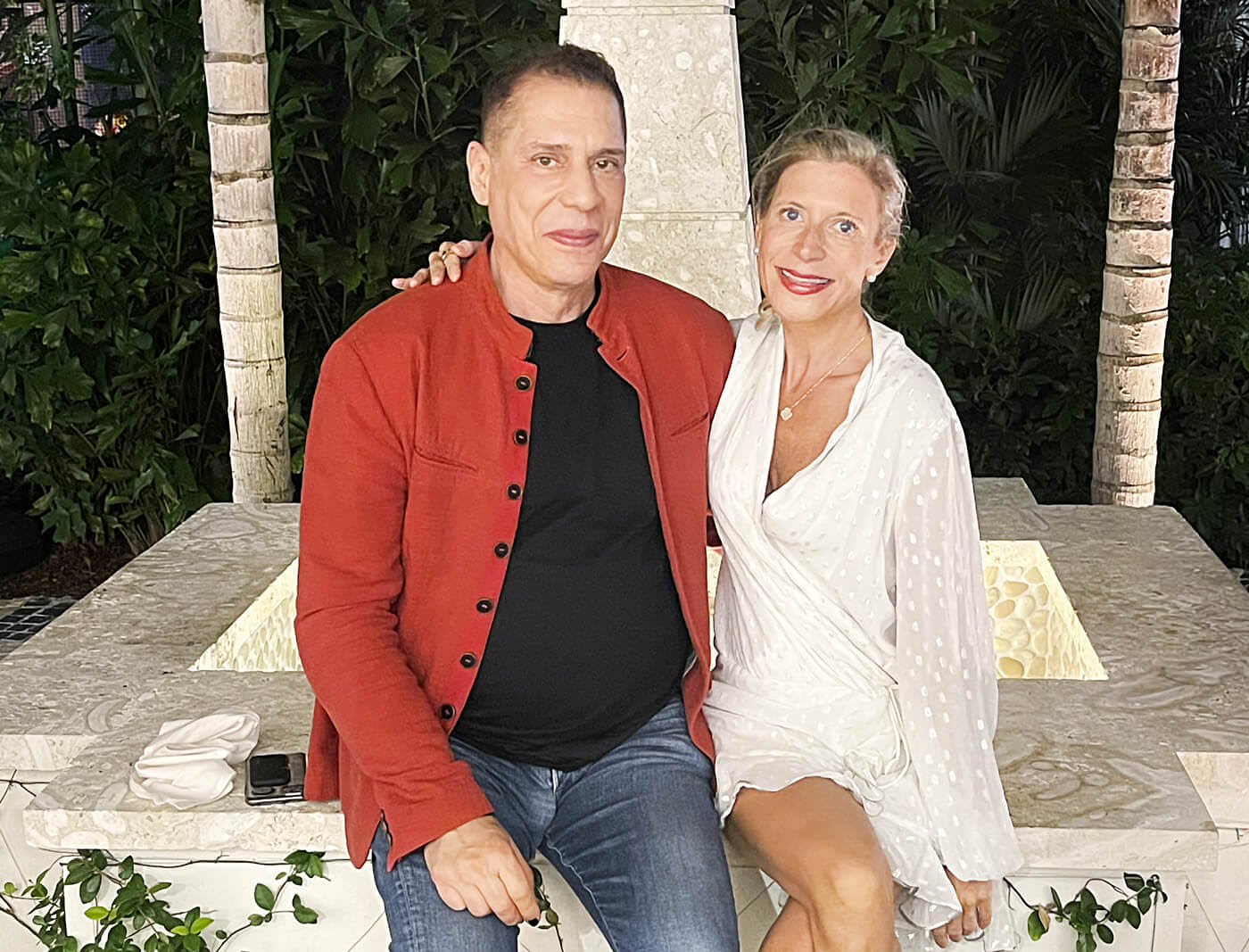 Lexi married, and lost her husband when he was only in his early 30s. Then she lost her mom. She has been through it. As an attorney, she decided to move to Florida for a job offer. She dated, got pregnant and decided to have Olivia pretty much on her own. So, I became a very proud Uncle Michael to the must amazingly happy six-month-old on the planet: little Olivia. 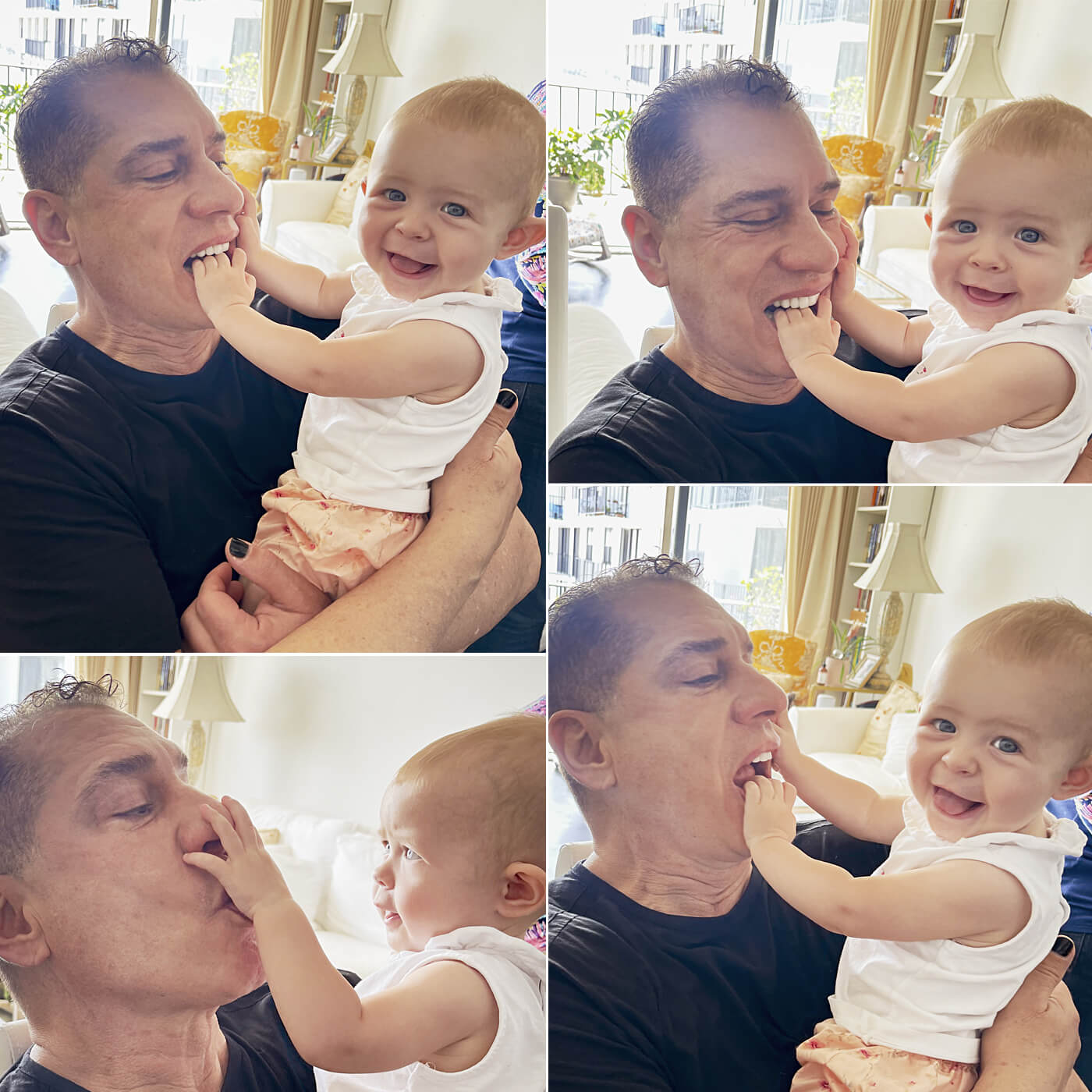 And then the question came again, “I love the portrait you did of me and my mom as a baby, can you shoot Olivia and me?” 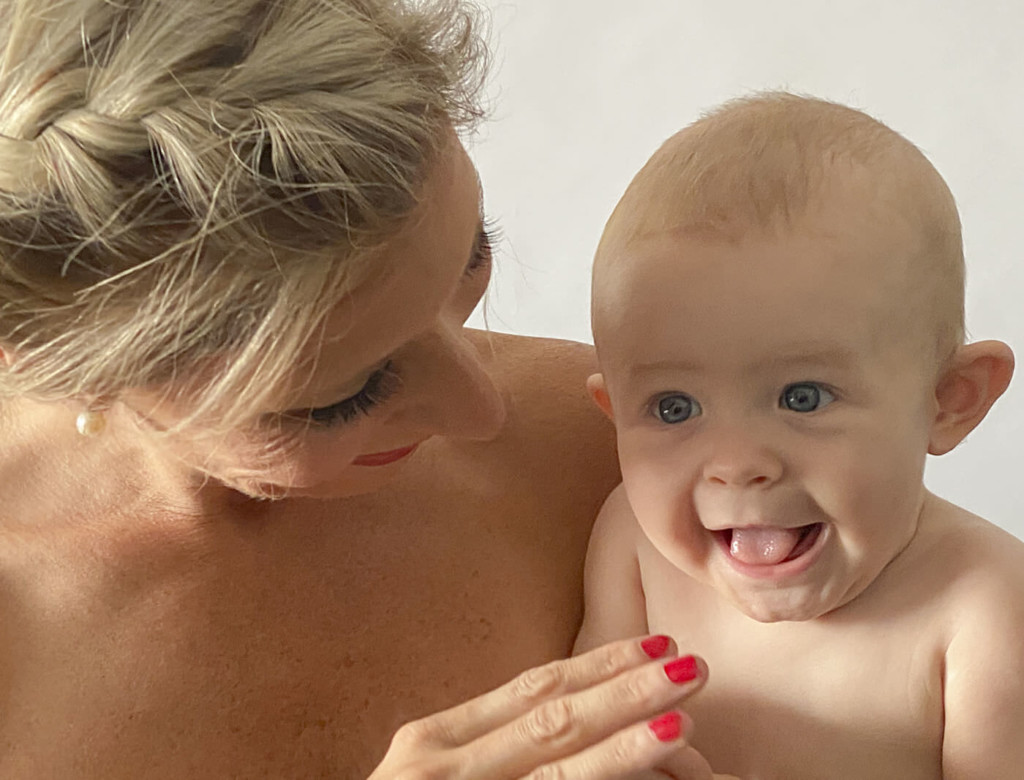 This time, the commercial photographer in me needed to travel to West Palm Beach, hire an assistant, and have him get the lights because I was headed to Europe. I brought the whole case of Sony aR7 IVs. The first shoot was done with a hot light and Tri-X. 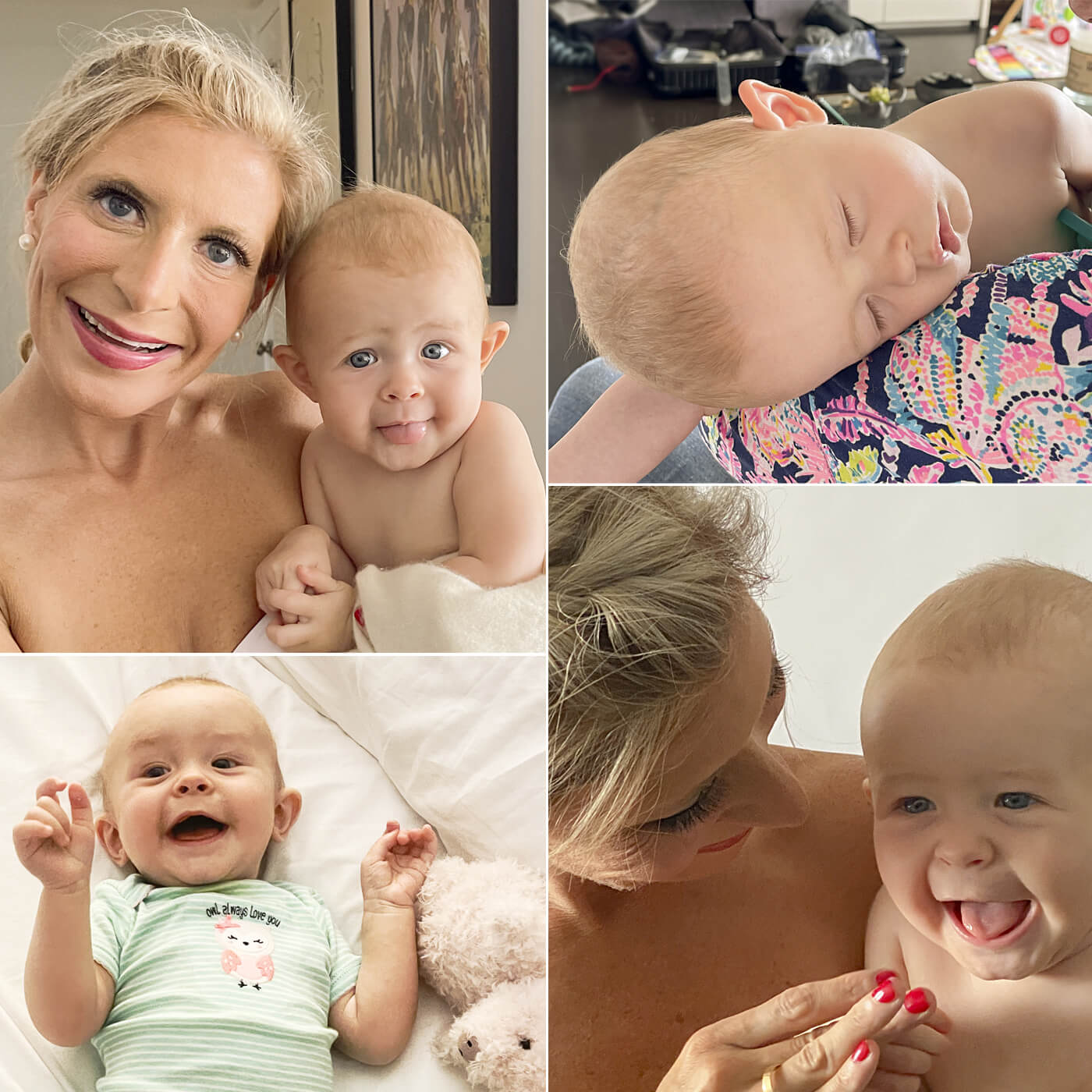 The real idea here was not only to photograph two people I love, but also to make it a study of mothers and daughters – Carla and Alexandra (Lexi), Lexi and Olivia, almost 40 years apart to the month. 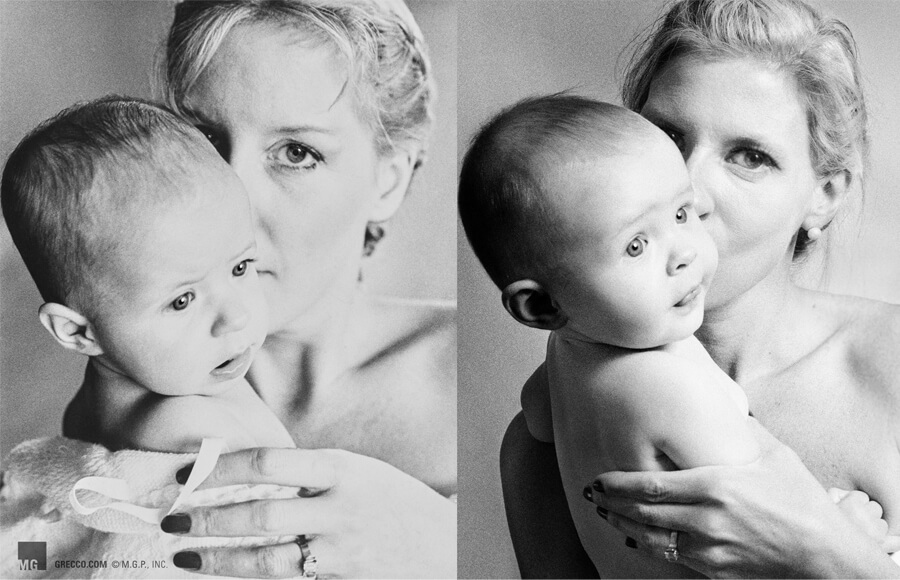 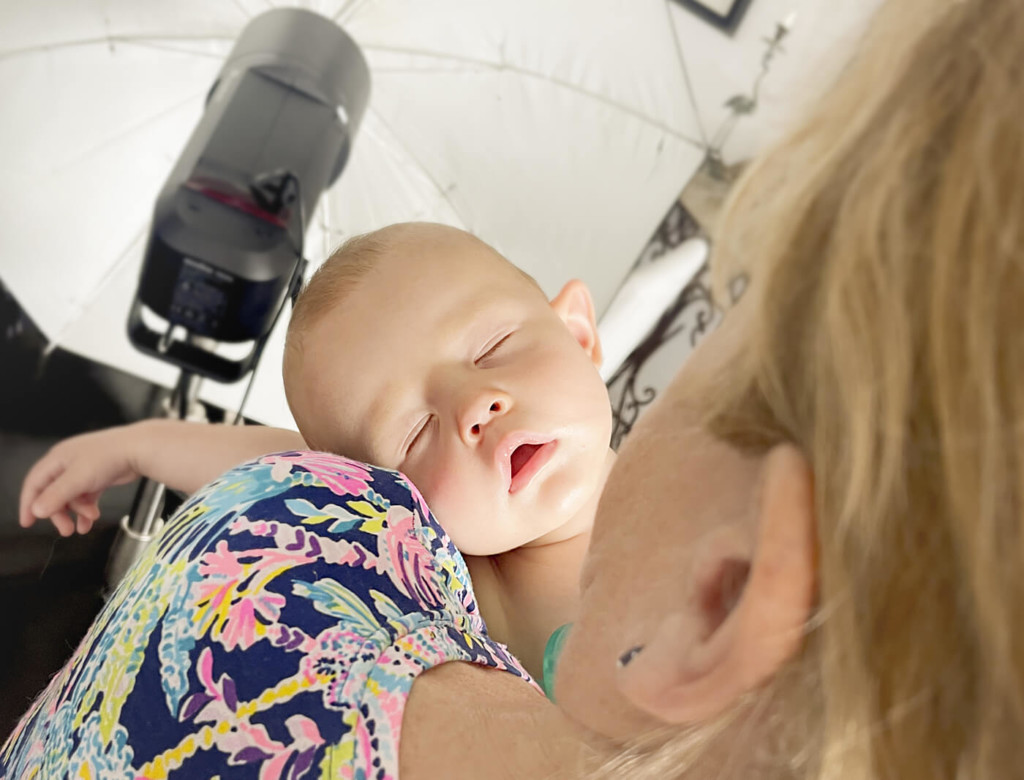 Olivia, Passed Out After a Long Shoot Day